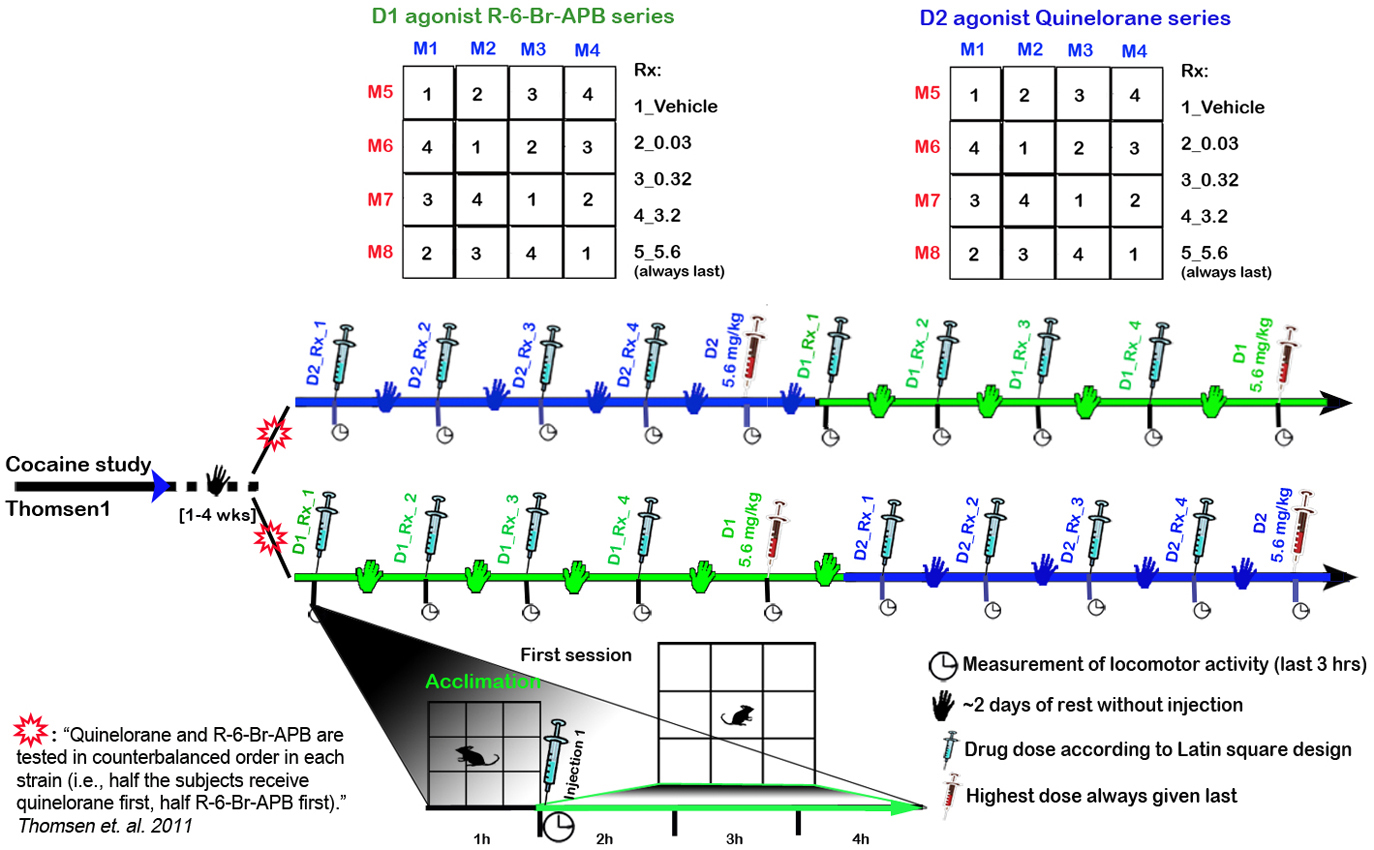 Figure 1. Timeline for D1-like and D2-like agonist tests according to a Latin square design.

Mice are allowed to acclimate to testing conditions for at least 1 h before testing.

I. Pre-testing preparation
NOTE: Before testing, all mice were subjected cocaine testing (Thomsen). Mice are rested 1–4 wks without any injections or testing, followed by a single saline injection between the cocaine study and the present dopamine agonists investigation. The mice are therefore well habituated to the handling procedure by the beginning of this study.

Submitting investigator's note: "Evidence that prior cocaine exposure did not influence the results of this study comes from nearly identical findings reported here to those reported in a previous study of three of the same mouse strains and Sprague–Dawley rats that were cocaine-naive (Ralph & Caine, 2005)."

a. Quinelorane and R-6-Br-APB drugs are dissolved in sterile 0.9% saline and sterile water, respectively.
b. The salt form of each drug is used in dose calculations at 10 µL/g body weight. Injections are given intraperitoneally (i.p.).
c. Quinelorane and R-6- Br-APB are tested in counter balanced order in each strain, such that half the mice are given quinelorane first, the other half R-6- Br-APB first.
d. With the exception of the highest dose (5.6 mg/kg), which is always tested last, a Latin square design is used in assigning drug doses as a within-subjects design. If R-6-Br-APB at 3.2 mg/kg dose cause seizures within a strain, the 5.6 mg/kg dose is omitted in those strains.
e. Whenever seizure is observed, the affected mouse is "rescued" with diazepam (5–10 mg/kg, i.p.) and data from that session as well as further tests are excluded.
f. Test chambers are lightly lined with fresh pine shavings before each session, cleaned with water and disinfectant after each session, and cleaned with alkaline detergent at 180°F once weekly and between strain groups.
g. To minimize effects of scents left by previous mouse, half the test chambers are used for female mice, and the other chambers for male mice.
h. An automated equipment (beams) check is performed daily before starting tests. Likewise, each chamber is checked to ensure no beams are obstructed before each test.

II. Testing dopamine agonists effects on locomotor activity
a. Strains are tested in groups of 2–4 strains concurrently, with separate chambers assigned to each strain.
b. On each test day, mice are allowed to acclimate to test chambers for 1h.
c. Mice are removed for injection with vehicle or dopamine agonist (D1 R-6-Br-APB, D2 Quinelorane) according to a Latin squares design (Fig. 1 and Fig. 3). Drug regimens included vehicle, 0.03, 0.32, 3.2, and the highest dose (5.6 mg/kg) is always administered last.
d. Mice are returned to the test chamber for the remaining 3h of the session for locomotor activity assessment.
e. Data are collected in 10-min bins for each session. Total beam breaks (horizontal and vertical) are collapsed across time.
f. After each session, mice are returned to their home cage and allowed to rest. Test days are always separated by at least 2 days.
g. In between sessions, the open field chamber is cleaned with water and disinfectant.

Acclimation period: first hour of a 4h test session in the test chamber before injection.

Habituation: 3 consecutive days within the test chamber with no injections.

Latin square design: sequential method of drug administration where each mouse is given a different series of drug doses. 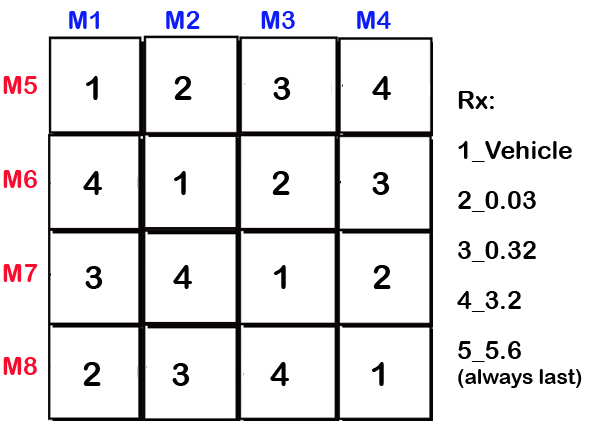